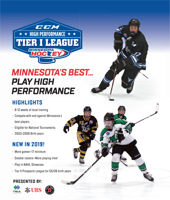 Minnesota Hockey is excited to invite you to join the CCM Minnesota Hockey High Performance Tier I Leagues for 2007 and 2008/2009 birth years for boys and 2008/2009 birth years for girls. The CCM HP Tier I League is designed to provide the best players in Minnesota with an opportunity to train with and against each other while preparing for their Peewee, 12U, Bantam, 15U, and High School seasons.

District 5 tryouts will be held at the St. Michael-Albertville Ice Arena for boys and girls on the following dates and times:

New in 2022: District 5 Fall League coaches will host a pre-tryout skills clinic open to ALL registered players to prepare for the upcoming evaluations. The clinic is included with registration and has NO ADDITIONAL COST.

Additional schedule information and registration links can be found here.

Tryout rosters size for each age group will be determined by registration numbers and availability of ice.

Following tryouts, each Tier I team will be formed with 17 players (2 goalies, 6 defensemen, and 9 forwards). Girls 14s & Boys 15s may add 3 practice/game-substitute players. The teams will then have 20 hours of practice time from August 3 - September 30th.

Games will also be played at various sites. Each weekend the team will play 3 (90 minute) games.

Cost for each practice player will be $300*.

The Minnesota Hockey CCM High Performance Youth 14U Prospects League is designed to give hockey players born in 2007 & 2008 the opportunity to train and compete against players of similar age and ability. The Prospects League is built in conjunction with our HP Tier I League and possibly provide participants the opportunity to serve as alternates for the boys District 5 Tier I 14 team.**

The Prospects League is focused on preparing players for their upcoming association season and future CCM High Performance through an emphasis on player development. Players will train and play games throughout August and September, including a league playoff with the chance of playing for a District Playoff and potential USA Hockey National Championship advancement.

The 2020 Prospects League will feature teams formed by Districts. In addition, teams from North Dakota and South Dakota will participate in the League Festivals.

*Due to COVID-19 concerns; team advancements have been suspended for the 2020 season.*

REGISTRATION LINK IS NOT YET ACTIVATED.

NOTE: This link will open after teams have been selected. This is NOT a tryout registration. 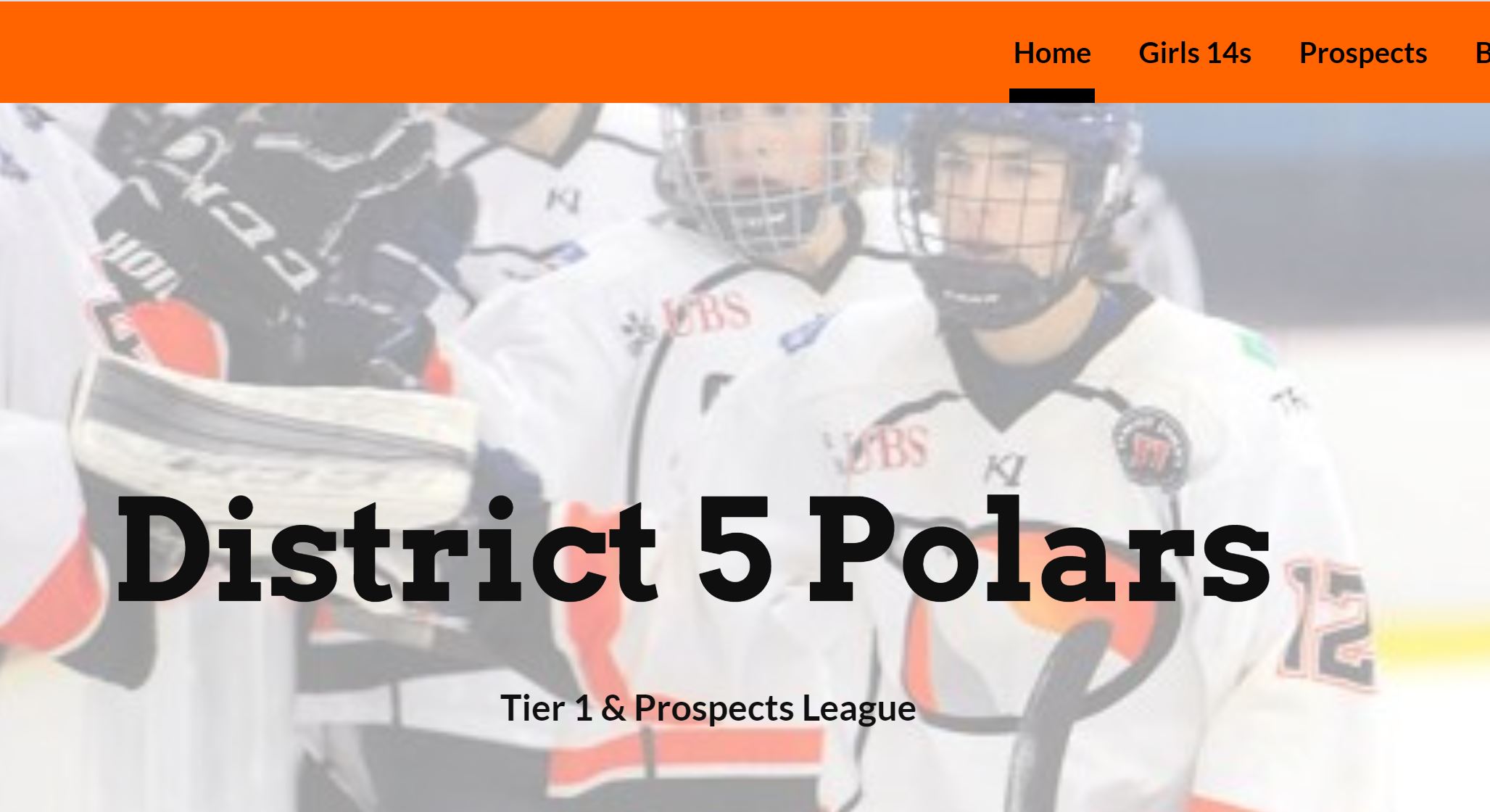 Casy Laylin of St. Michael wearing the USA sweater during the Hlinka-Gretzky Cup

A huge congratulations to D5 HP & Polars Tier 1 alumnus Casy Laylin for representing USA Hockey at the 2021 Hlinka-Gretzky Cup in the Czech Republic and Slovakia.

You could win VIP tickets to the 2023 Premier League Mornings Live Fan Fest in Orlando!HOW TO ENTER